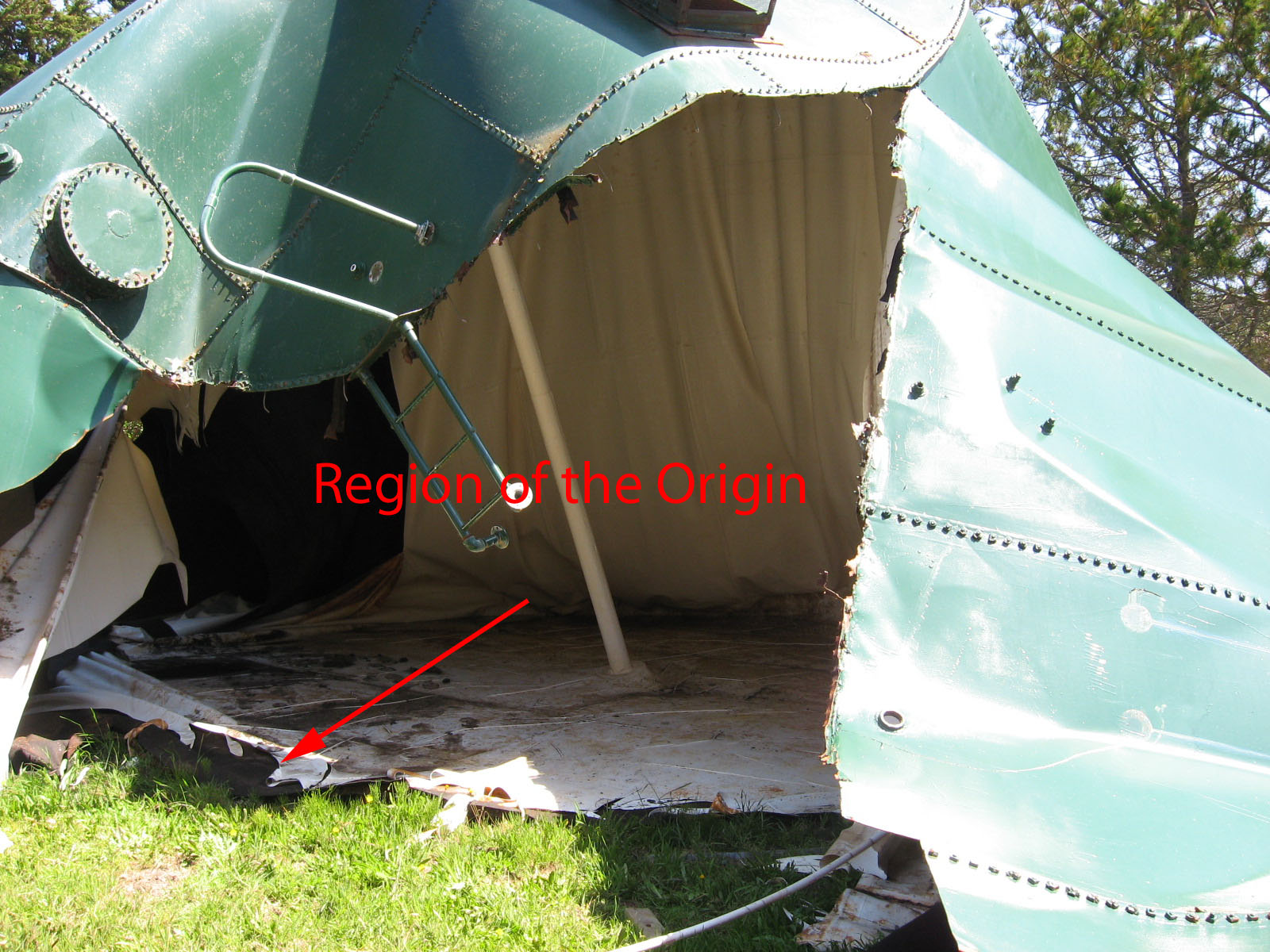 Read Consulting was contracted to perform a root cause failure analysis on a collapsed 40,000 gallon water holding tank. Metal corrosion is the root cause of the tank failure. The failure originated at the bottom of the tank on the West side. The initial failure resulted from corrosion on bolts holding the side of the tank to the mating flange on the tank bottom; these bolts had no remaining threads. Once this corrosion failure initiated, forces on the bottom and side walls increased, and other failure modes occurred. These include pulling nuts through the steel plate and tearing of the 12 gauge steel plates used to build the tank. One could describe this as a chain reaction failure initiated where bolts holding the bottom to the side wall failed as a result of the fact their threads had completely corroded off.
These “bottom” bolts were buried in gravel, and because of the coastal location, there is a high level of salt in the moist gravel.
Finally, this tank is at least 47 years old. The manufacturers of these tanks only guarantee them for 20 years.
This failure indicates that steel water tanks have a limited lifetime when exposed to costal weather.