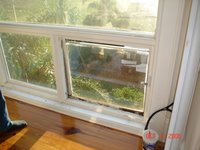 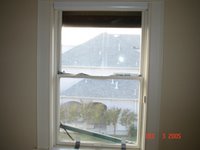 During a severe storm a three story house suffered severe water damage. This damage was not caused by flooding; it was caused by large amounts of water entering the top floor of the home as a result of openings to the outside. Read Consulting performed a failure analysis of the property and determine the root cause of the damage. The failure analysis included an inspection of the home and a review of photographs taken of the residence immediately after the storm, and the cause of the water intrusion was determined. Severe rot resulted in the formation of openings in the third floor windows. The windows in this house were expensive metal clad wood windows. Failure analysis determined that moisture had reached the wood structure through seal openings in the exterior metal cladding. This caused swelling of the wood and further opening of the seals; thus the amount of water intrusion was excaserbated. In addition, the moisture was “trapped” in the wood and caused accelerated deterioration. In essence, the wet wood would be at temperatures in excess of 125°F during the warm, hot days. This accelerated wood deterioration (i.e. the wood “composted”). In addition, this degradation was not noticeable because the metal cladding covered the wood. Due to rot, the windows became extremely weak and failed during the storm. The upper left photo shows a window that was so rotten that during the storm, the glass pane slipped down and left a 2″ gap at the top. The upper right window failed when the bottom part of the top sash fell away creating an opening. These two windows represent the types of failures discovered on the third floor. These allowed large amounts of water into the home and caused severe damage throughout the house.