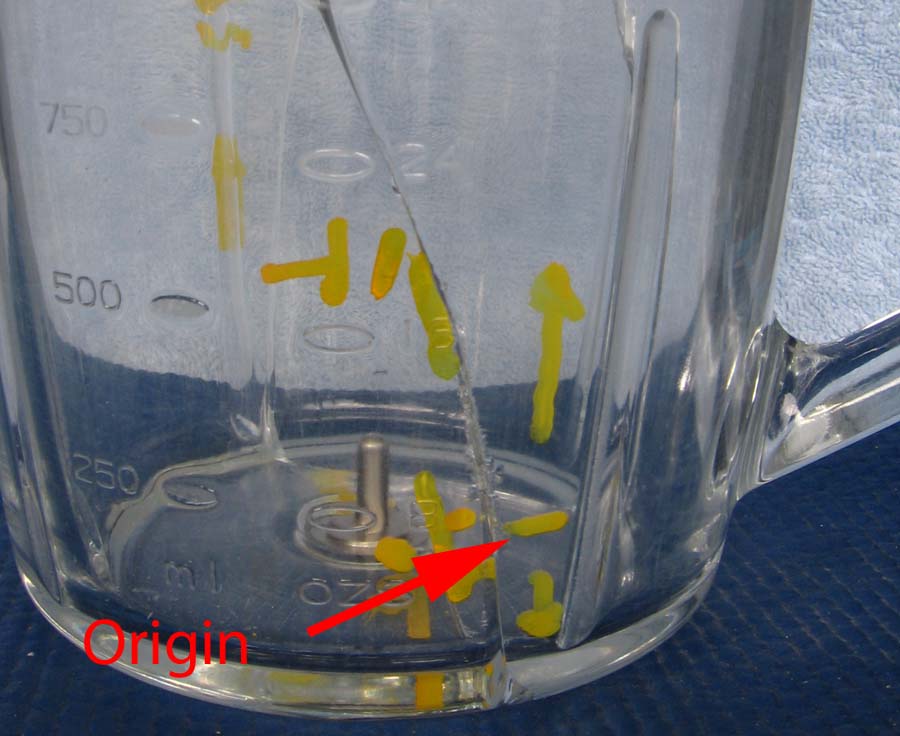 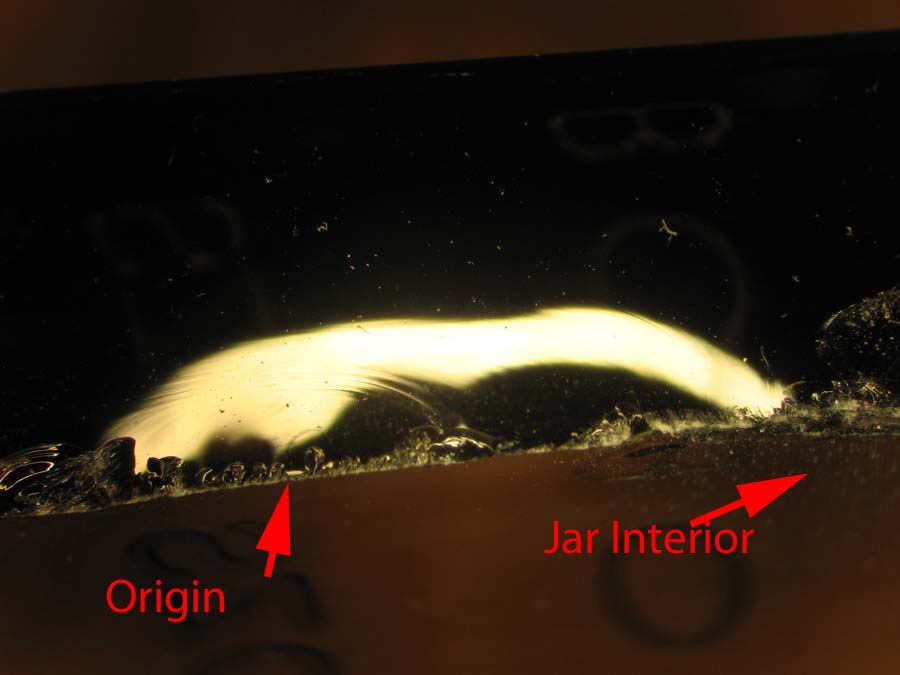 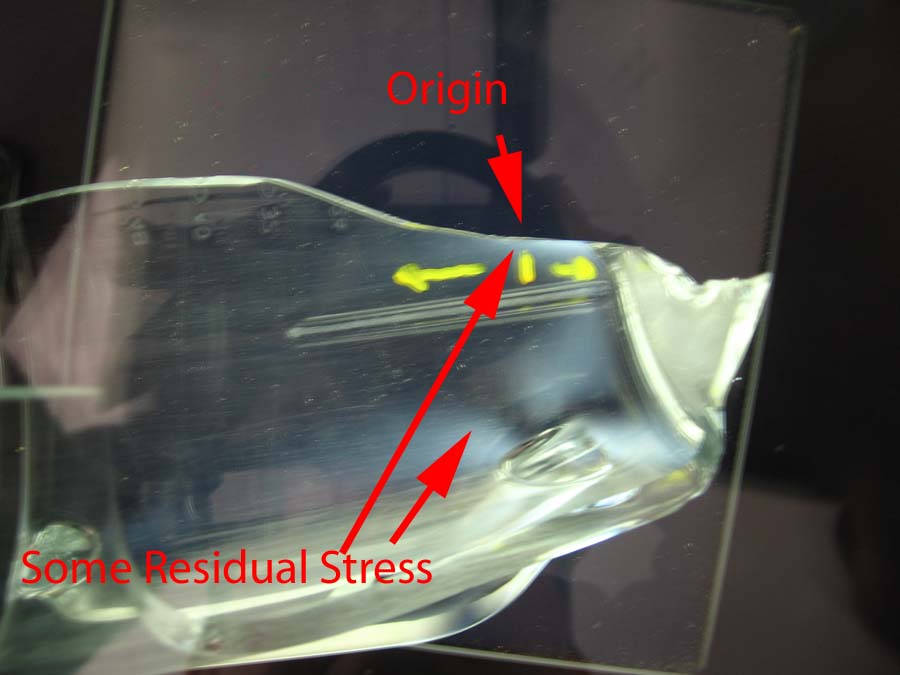 The glass experts at Read Consulting in Santa Rosa California performed a glass failure analysis on a borosilicate glass blender jar that failed in a glass thermal shock test as a part of product qualification. The jar is operated with a stainless steel spoon inside. It is then subjected to thermal shock test by heating it to 140°F and then pouring a cold  mixture of vodka and ice into the hot jar. The jar must survive this test to qualify. A failure analysis was performed on a jar that failed the test. Upper left is a photograph of the cracked jar in the region of the failure origin. Upper right is a photo micro graph of the origin. The failure originated at a damage site in the interior wall of the jar (presumably caused by the spinning spoon). The failure was driven by thermal stress. Because the jar is made from low expansion glass and this is a standard qualification test, there must be an explanation as to why this jar failed the test. Examination with polarized light indicates that this jar was not completely annealed. This is shown in the center photograph taken with cross polarizers. There are significant residual stresses.