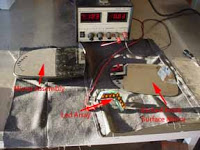 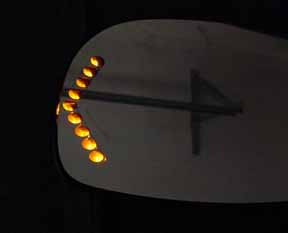 Read Consulting, a California failure analysis laboratory, often becomes involved with device patent disputes. In this case a patent dispute focused on external automobile rear view mirrors that had integral flashers showing through openings in the mirror. The assembly consisted of an array of LED lights that were behind the mirror, and these flashed through holes etched in the thin film chromium front surface mirror. Read Consulting had the electronic device expertise and thin film expertise to understand the various elements of the patent and to render an opinion in the patent dispute. Curiously, the same equipment that is used to perform failure analysis is also useful for examining elements in a patent dispute.