A carbide tipped cutting tool failed during fly cutting of 6061 T6 aluminum plate. Read Consulting was engaged to perform a failure analysis to determine the cause of the failure and to recommend adjustments to the process to eliminate the possibility of subsequent failures. The tool was fly-cutting an arc into the aluminum, and as the tool was being withdrawn to flatten the bottom of the cut, it broke. The tool consists of a carbide tip that appears to be brazed onto a mild steel shank. There is a “relief” machined into the steel stud where the carbide cutting tip is brazed.

The failure initiated as a fatigue crack. Eventually the fatigue crack grew to the point that the tool failed in bending overload. The fatigue crack initiated at a machining (or grinding) mark made during the forming of a relief for the carbide tip on the mild steel shank. In addition, the presence of chatter at the bottom of the cut indicates that the cutting forces were too high. Either there was an absence of coolant or too deep a cut was taken during the final cut.

It is recommended to use flood coolant instead of the mist coolant used when the failure occurred. It is also important that the coolant is directed properly to reduce the machining forces. In addition, the “cutting bite” should be reduced to lower the forces. 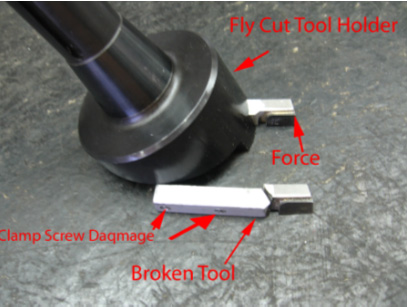 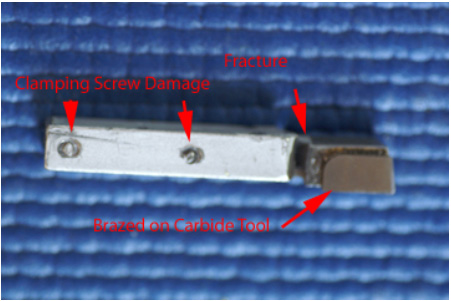 Figure #3: Two views of the fly cut aluminum piece that caused the tool failure. The top of the cut looks smooth; however, the bottom of the cut shows an extreme amount of chatter. 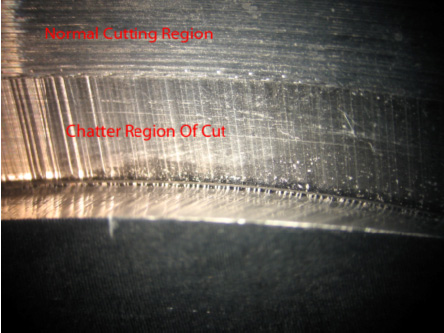 Figure #4: Photomicrograph of the cut surface of the aluminum workpiece. Again, there is chatter on the side near the bottom and on the bottom of the cut (Mag. 8X). 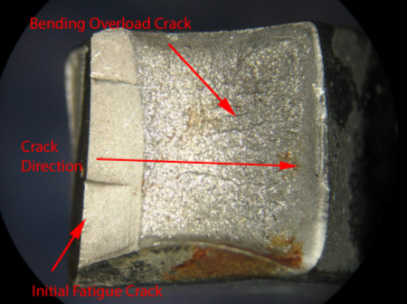 Figure #5: Photomicrograph of the fracture surface of the broken steel shank. The crack starts out as a fatigue crack. Once it reaches a certain length, the piece fails in bending overload (Mag. 8X). 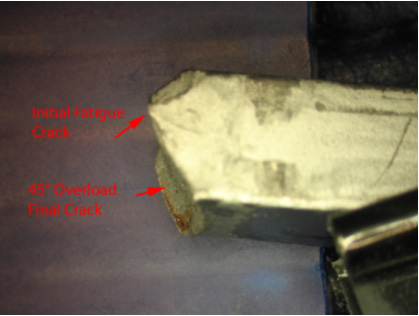 Figure #6: Photomicrograph side view of the fracture surface of the broken steel shank. The crack starts out as a fatigue crack. Once it reaches a certain length, the piece fails in bending overload (Mag. 8X). 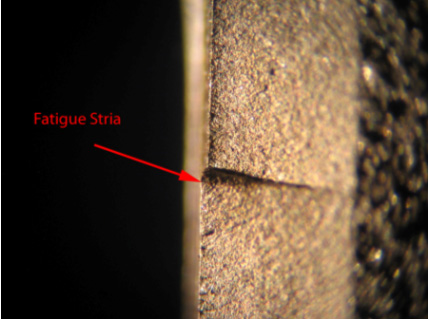 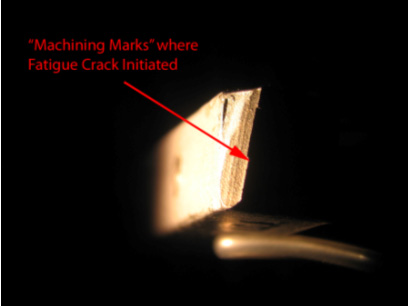 Figure #8: Photomicrograph of the “machining” marks at which the initial fatigue crack started.